Acid reflux is a condition that causes various disturbing symptoms, including heartburn, in which the acid in the stomach flows back to the esophagus. This backflow is caused by a weakness in the barrier function of the muscle between the stomach and the esophagus.In order to digest food, the stomach, digestive glands and intestines must produce  various enzymes, including pepsin and acid. These acids and enzymes need to be converted into a semi-liquid form for better digestion of food. This acidic liquid causes heartburn and burning because of the damage.The burning sensation in the middle of the chest is caused by gastric acids passing through esophageal sphincters mixed with liquefied foods. These acids burn the esophagus.This is because the same preservative does not have the mucus layer as it does in gastric overlay.

What Are The Symptoms Of Acid Reflux?

The main symptom of acid reflux is a burning sensation under the breastbone with heartburn, which usually spreads towards the throat. It is a more severe form of acid reflux where the stomach acid reaches the back of the throat and gives a sour,acidic taste. These symptoms can sometimes be accompanied by nausea. Heartburn and regurgitation (acidic and sour taste in the mouth with a feeling of vomiting) are usually much worse immediately after eating and become more severe when standing or bending straight. Other signs of acid reflux include persistent and painful sore throat, vomiting, chronic cough, wheezing, bad breath, chest pain and feeling like a lump in the throat. These symptoms are more common in the absence of heartburn. Acid reflux can also cause stomach acid to stimulate nerves in the esophagus or cause damage to the lining.Sometimes acid reflux can cause complications that can lead to very serious problems. The most common complications are Barrett’s Esophagus (cause of esophageal cancer),erosive esophagitis (gastric erosion) and esophageal stenosis. In addition, asthma, chronic laryngitis(chronic laryngeal inflammation), narrowing of the airways, dental cavities and chronic sinus infections can cause other complications such as the head,neck and airways.

Acid reflux is caused by the reflux of gastric acid into the esophagus. Normally, back flow is prevented by the lower esophageal sphincter (LES), a muscle ring located at the junction of the esophagus and stomach. Often, this muscle ring closes the opening and forms a barrier between the stomach and esophagus. LES temporarily relaxes if swallowed to allow food to pass through the stomach. At the same time, the removal of stomach gas (belching) is very comfortable. In most acid reflux cases, the LES temporarily loosens when it does not need to be.This provides a short period of time during which the stomach contents can enter the esophagus.It is not yet clear why so many people often develop temporary relaxation in LES. Less commonly, acid reflux develops when the LES becomes chronically drooping,so that reflux can almost always occur. This problem is also caused by stomach ailments (a full stomach),cigarettes,numerous drugs,alcohol,caffeine and various types of tomato paste,spicy,fatty foods, and chocolate.However, it may aggravate the current reflux.Other factors that may contribute to the development of acid reflux include hiatal hernia (gastric hernia),excess weight,obesity and pregnancy.

How is Reflux Diagnosed?

In most cases, acid reflux is a clinical diagnosis. So, the symptoms of reflux are so classic that doctors can diagnose the disease in a short time. Diagnostic tests are usually performed when treatment is unresponsive or if the doctor suspects that there may be one of the more serious complications of acid reflux. Commonly used tests for the diagnosis of this problem include endoscopy, 24-hour pH monitoring,esophageal manometry and barium swallowing X-rays.

Acid reflux can be easily treated by changing some lifestyles.These changes are as follows;

In general,if you have only mild symptoms,the doctor recommends such changes,and sometimes may recommend medication.Anti-acid drugs do not prevent or cure acid reflux. It can occasionally be used to relieve symptoms. Standard treatment of acid reflux usually includes drugs that reduce gastric acid levels and improve gastric membrane healing. The most commonly used types of drugs are;

If symptoms do not improve with lifestyle changes and prescription medications,the doctor may recommend surgery,which is rare.The most common type is that the upper part of the stomach is strengthened and wrapped around LES to prevent acid backflow. Endoscopic techniques and implantation of a magnetic bead ring called LINX device can also be considered.

Castor Oil: Benefits, Use And Side Effects 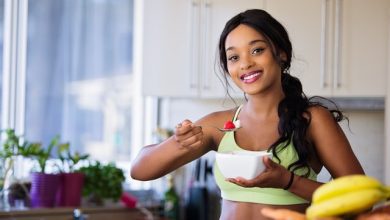 5 Herbs You Should Consume To Stay Fit And Healthy 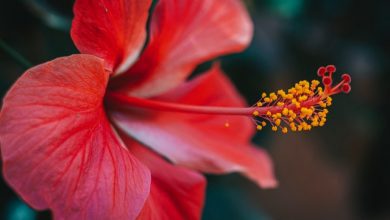 How To Use Hibiscus for Hair Growth?

Pain in the Back of the Head (Occipital Neuralgia)