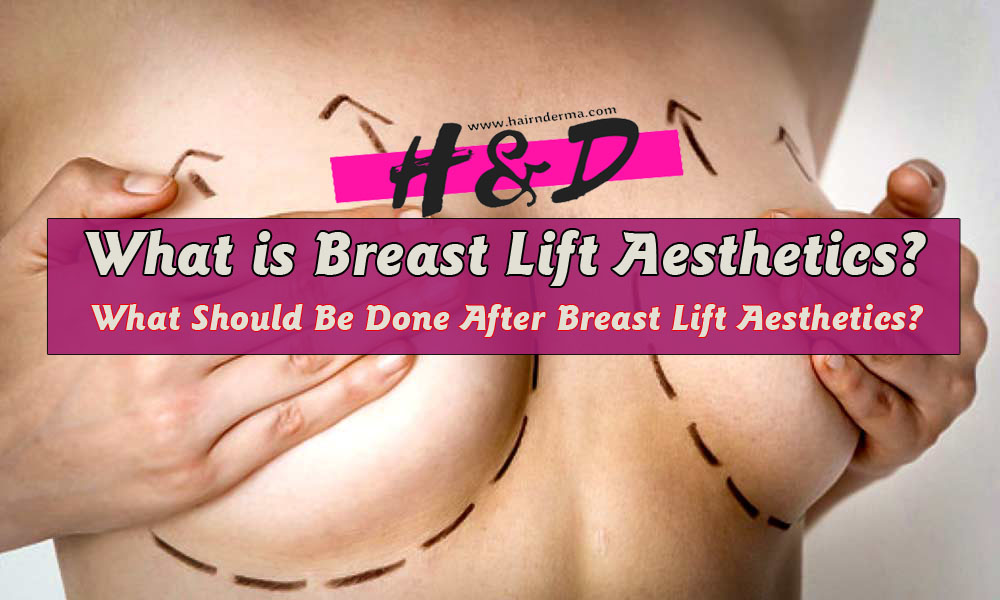 The aesthetics of breast lift start with sedation or general anesthesia for a more painless and comfortable operation as in any operation. The doctor can make incisions at 3 different locations. These;

After an incision at one of these points, the doctor reshapes the chest tissue upward to maintain the contour and firmness of the chest. With this application, the nipple and areola area are restored to a natural and alive appearance. Excess skin is also removed to maintain breast elasticity and to erect breasts.

After the breasts have entered the desired shape, the incised parts are closed again with medical sutures or skin adhesives. Breast lift aesthetics last approximately 2-3 hours.  You can be discharged on the same day.

What Should Be Done After Breast Lift Aesthetics?

After breast lift aesthetics, breasts will be covered with medical bandages or surgical supported bras. They will remain attached for 24 hours. Tubes may be placed under both arms because of the possibility of bleeding or accumulation of fluid. These tubes are removed after 1-2 days.

Breasts may be swollen and tender for an average of 13-14 days. There may also be redness, numbness, tingling and pain around the chest and areola for an average of 1 month. Painkillers and antibiotics should be used meticulously. Breasts should be protected from environmental factors and direct sunlight for the first few weeks. It is necessary to pay attention to hygiene and dressings after the operation. Heavy exercise should be avoided and weight should not be lifted. Traces that may occur after aesthetics will disappear with time. The patient may be discharged immediately after the operation. Health and balanced nutrition ensure that the breast lift aesthetics is permanently successful.

(you can also check out our article on breast enhancement aesthetics)