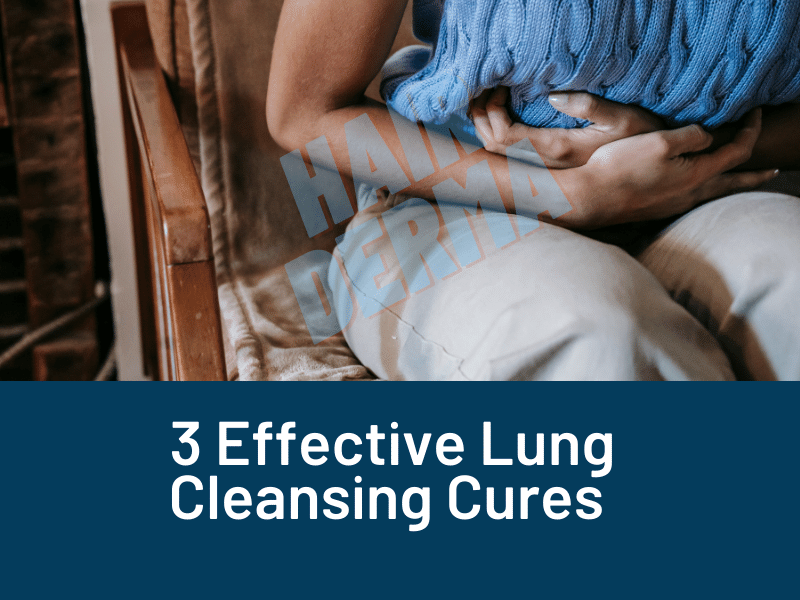 Anyone with lung disease, a smoker, or a passive smoker should choose their food carefully because a specific diet can affect lung health very well—these nutrients, which aid in lung cleansing and regeneration, provide vital substances.

The 3 main ingredients for the lung cleansing cure are turmeric, ginger and onion. All three have extraordinary properties, having an extremely positive effect on lung health and overall health. Each of the three foods is a health benefit on its. However, when combined, their results seem to be multiplying, especially for the lungs.

Turmeric has long since become a kind of general medicine. There are almost no health problems in which turmeric has no effect. Originating in Southeast Asia, the yellow root has many health benefits that listing its properties would fill books.

In a summary of curcumin’s protective effects on the lungs, researchers wrote in 2017 that based on current study results; curcumin could be used as a non-steroidal anti-inflammatory drug in inflammatory lung diseases such as pulmonary fibrosis. Besides its healing properties, curcumin is non-toxic, natural and has an excellent safety profile.

In 2020, a study was published in Iran, and it says: Curcumin appears to be particularly beneficial for lung cancer. It promotes autophagy (cell detoxification) apoptosis (cancer cell suicide program) of healthy cells and reduces the viability and spread of lung cancer cells. Curcumin makes cancer more susceptible to chemotherapy, so (in consultation with the doctor) it can also be used alongside conventional treatments.

Curcumin may even help treat tuberculosis, a bacterial lung disease. This important yellow substance activates the body’s defences so that the causative bacteria can be fought faster.

Ginger is often taken when there is an upset stomach, as it protects the stomach lining, fights nausea, and prevents stomach ulcers. In addition, ginger has powerful antioxidant and anti-inflammatory effects.

The lungs, in particular, are constantly exposed to harmful substances from the air we breathe. Ginger can prevent the resulting free radicals and inflammatory processes and, accordingly, protect the lungs.

Its sharps also help remove mucus and pollutants from the lungs. Ginger is also a useful measure for asthma, as it has a relaxing effect on the bronchial muscles.

Certain plant substances in onions (such as quercetin) have a positive effect on lung health in that they keep lung cancer.

A study of more than 1,000 people (half healthy, half lung cancer) by the University of Hawaii found that while smoking is the leading cause of lung cancer development, increased consumption of onions (grapefruit and apples) may protect against lung cancer.

The more onions a person has in their diet, the less likely they are found in lung cancer patients. As little as 20 grams of onions a day cuts the risk of lung cancer in half.

Excessive amounts of histamine are released in respiratory allergies, which promotes inflammation, causing the usual allergic symptoms (runny nose, cough, mucus formation, etc.). However, quercetin obtained from onions can inhibit histamine release to be used as a natural anti-allergic agent.

In addition to the three main ingredients mentioned, all you need for a lung cleansing cure is water and any sweetener of your choice.

Editor’s note: We recommend adding 1 tablespoon of coconut oil (or any other oil of your choice) to the mix, as some active ingredients—especially turmeric—are oil-soluble.

Important note: Don’t try any method without your doctor’s approval!

What is the shelf life of the lung cleansing cure?

The amount given for the above recipe is sufficient for about 10 to 14 days. During this time, keep your lung cleansing cure in the refrigerator. It should not be stored longer. So consume within this time. If you want to keep the drink longer, it is better to make it fresh again and again.

How long should the lung cleansing cure be used?

This cure for cleansing the lungs consists of high-quality food. It can be taken permanently. However, you can always take a short break for 1-2 weeks to avoid getting used to it. In any case, you can use it based on the signals coming from your body, how it tolerates the drink, whether it misses it during the break.

Are there any other lung cleansing cures?

The lung cleansing cure recipe was created to make the daily intake of the three ingredients as easy as possible. But you can also consume turmeric, ginger and onion in other ways without any problems (raw and, of course, without sweeteners). Cooking with ginger and turmeric is not that common yet, although the use of onions is not usually asked. For example, ginger can be wonderfully grated and added to salads (or vegetable dishes), or you can mix a piece of ginger in hot water and drink the resulting tea without straining it first.Since there are studies on turmeric that show that some active ingredients increase their bioavailability when cooked, you can alternately use turmeric in sometimes raw and sometimes cooked dishes.